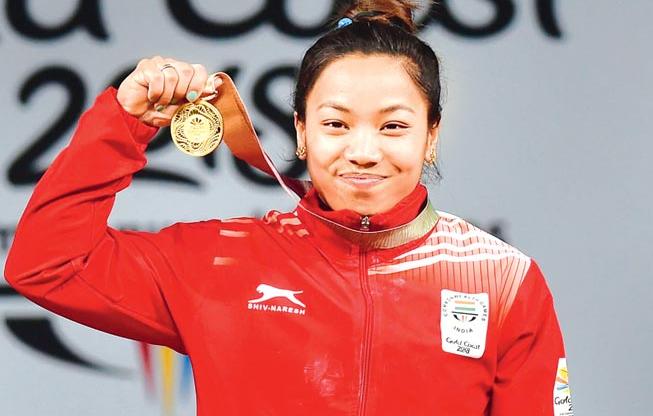 Sailkhom Mirabai Chanu was born on 8 August 1994 in Nongpok Kakching about 30 kilometers from Imphal City. She is an Indian weight lifter and her current age is 26 years old. At 26 years of age, she won the silver medal in Tokyo Olympics in 2020 in women ‘s weightlifting and she made India proud.

She was practicing weightlifting when she was 12. Her family supports her and finds his ability in a weight lifter. In her family, she is the heavy weightlifter she lifts a huge bundle of firewood whereas his brother finds it difficult to bring it home.

Mirabai trained in the sports academy of Manipur. In Rio Olympics, she was failed to lift the heavy rings after her three attempts. This time was the first breakdown of Mirabai. In 2017 she won the gold medal by lifting 196 kg including 85 kg snatches and 109 kg clean & jerk. This was the best performance of Mirabai and she break all records of personal performance.

Chanu was awarded the Padma Shri award by the government in 2018 for her contribution to sports. It is the fourth highest civilian award. In the same year, she was also awarded the Rajiv Gandhi Khel Ratna award in sports by the president of India.

Chanu won the silver medal in Tokyo Olympics in the category of  49 kg women’s lifting championship.

In this, she total lifts 202 kg and she becomes the first Indian weight lifter who win the silver in Olympics

After wining the silver medal in Tokyo Olympics she was awarded with the INR 1 crore from the Manipur government. she is appointment as superintent of police.in the Manipur state police.

She has been awarded with INR 20 laks from Manipur and INR 2 crore from Indian railway.

She created history because she is the first Indian athlete who win Tokyo Olympics. After winning the medal she expresses her desire for pizza. She said in an interview because of Olympics she hasn’t eaten in months but she loves it the most. Domino’s offered her free pizza for a lifetime.