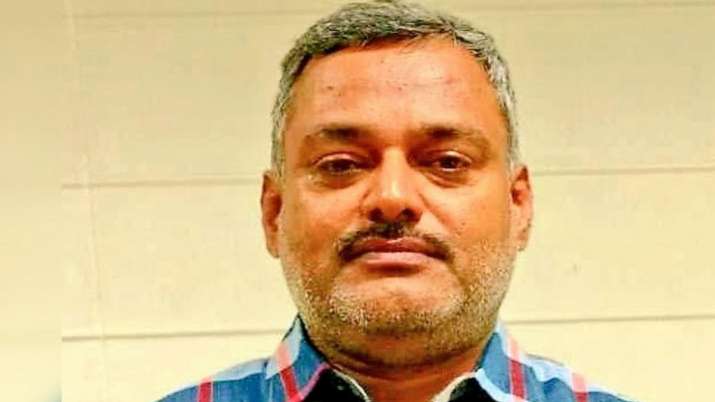 Vikas Dubey born on 26 december 1964.He was from  Bikru Village in the Kanpur district of Uttar Pradesh. He gave a name to himself “Vikas pandit” from the character of the movie “Arjun Pandit”. He was a criminal and more than 50 cases are filed against him. He was encountered on 10 July 2020. He had many connections with rich people and politicians. When police are trying to arrest him he killed 8 police officers including the Deputy superintendent of police (DSP) and he was also the part of the murder of Santosh Shukla who is the leader of BJP. While he was encountered and his body was brought by the police that time the police van met with an accident. He had a wife whose name is Richa. When he was young he create his own party or we can say his own team and the whole team is doing criminal things like murder, robbery, etc.

He was from the Kanpur district of Uttar Pradesh. When he was encountered by police he was 55 years. The first case against him was filed in 1990 for murder. He was elected for elections in Kanpur and he become the most wanted criminals and history shitters. he had lots of connections with politicians and rich people. they help him for doing all the illegal things.

His wife’s name is Richa .he had two children, a brother, and parents in his family. His brother’s name is deep and he is a businessman. his sister in law also living with them in the same house and she is working as a pradhan for 10 years when Dubey died. Deepu lived in Lucknow for his business purpose.

Vikas’s father was ill for a long time and Richa is taking care of them and the mother of Vikas living with deepu .

He was arrested on 9 July 2020 in mahakaleshvar temple in Ujjain. He died in an encounter on 10 July 2020 when a police vehicle met with an accident.

Police officers who died in an encounter

In an interview, his family said he left his house two days when he was encountered. His sister-in-law told the media that he was not coming back to his home when police fired in his house. In between this incident, their family member told that he was not on the roof someone else was there but that was not dubey and also villagers also said the same thing to the police and media that Vikas was not present when the firing took place in his house. but the other two members of his gang were shooted by the police.in this incident in Mohit Agarwal was leading his team and villagers reorganize the two-member of Dubey one was prem Prakash and another was atul dubey.